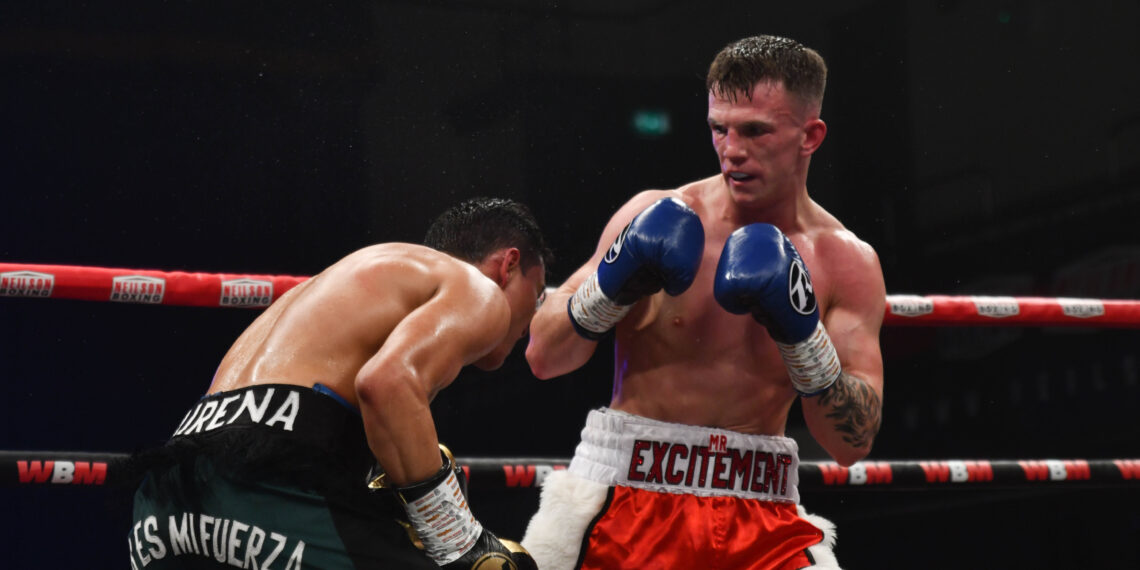 After making a fast start to life as a professional boxer Nathan Mizon is reaping the rewards of his activity.

The 21-year-old prospect made his debut in September of last year and since then, has racked up an impressive five wins, recording one stoppage.

Next month Mizon will be hoping to register his sixth victory, as he prepares to take on Thodoris Ritzakis 4-3-1 at London’s York Hall.

Looking back at his busy start in the paid ranks, Mizon believes it has benefitted him as he remains fight ready while others need to regain fitness when they start their training camps.

“The main thing about being this active is that when I go into camp I still have to hold back a little bit for the first four weeks,” he said

“I never feel unfit. Some people use the first two weeks to get fit but I’ve never been like that, I love training.

“After this one I’ve have fought six times and I’ve only been a professional for 10 months.

“I’m just trying to keep them rolling, have them one after another and stay consistent. We aren’t really doing too much different.

“We’ve got everything in place and that’s working at the moment for the rounds I’m doing so we are just improving technically so I’m ready to peak on the night and get the job done.”

Last time in the ring, Mizon, overcame Brayan Mairena in the capital after going the distance over six rounds.

While he was satisfied with his performance, the Tadworth prospect says he plans on putting on a slightly more refined display on Neilson Boxing’s latest Fight Town show.

“The last performance was good, I had a lot of messing about with opponents and things but it didn’t really phase me,” he added.

“The opponent I did end up getting was pretty decent but I think I just totally outclassed him. I stayed out of his way and did what I needed to do.

“Its professional boxing, anyone could go in there and have a tear up. It’s about hitting and not getting hit.

“My style used to be a bit reckless but now we have taken that out and then we are going to implement it back in without being wild.”