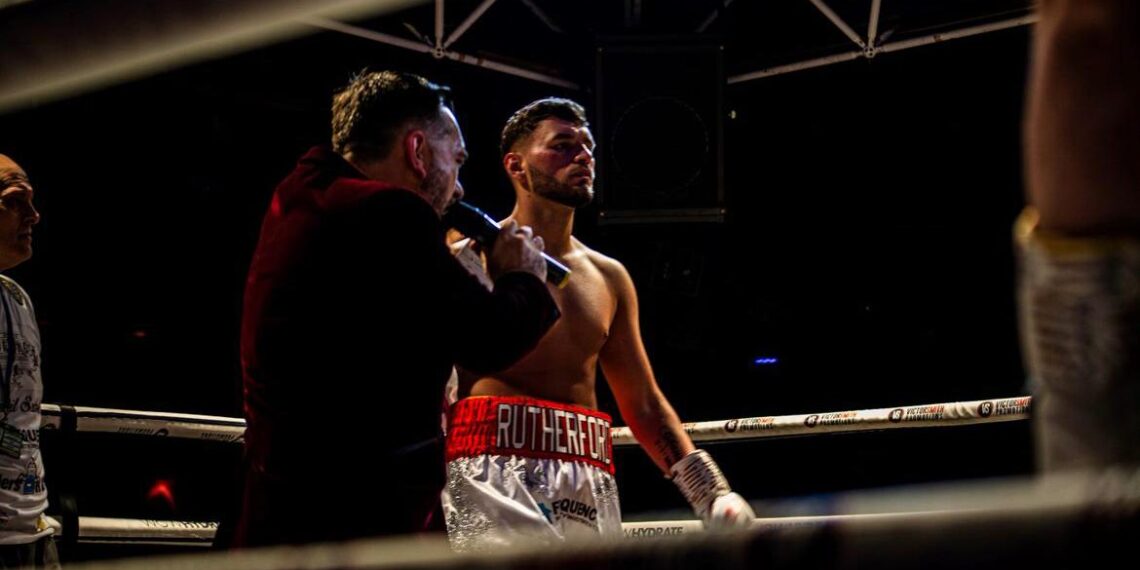 breaking his back in a car accident last year.

In 2021, boxer Rutherford, who will fight at London’s York Hall on Friday 1st July, was involved in a

car accident on the motorway, leaving him with multiple fractures in his back.

While his health lay in the balance, the 25-year-old was left with a lot of time to think as he

remained in Princess Royal hospital after the incident.

It was there, in his hospital bed, that the Dartford-based prospect decided to lace-up his boxing

gloves again after enjoying an extensive amateur career as a youngster.

Weighing over 18 stone at the time, he embarked on a journey that saw him lose over five before

making his professional debut in February, where he secured a maiden win over Csaba Bolcskei via

Now, Rutherford it hoping to fulfil his potential as he prepares to face Harry Matthews in the capital

“After the crash my life spiraled a little bit, I struggled with my mental health and it was a turning point for me to do what made me happy.

“I was out of shape, I was down and I wasn’t happy because I wasn’t doing what I was meant to be doing.

“I never want to grow old and wonder ‘what if?’ I just thought I’m going to put all my eggs into one basket, give it my best go and see how far I can go.

“I’m just chasing my dreams and that was a turning point – where I decided I was going to get fit and fight again.”

With his professional career taking off later than most, the light-heavyweight is keen to make up for

lost time and believes Matthews is the perfect man to face.

“Harry has boxed a few people who have boxed for a world title, so to be jumping in with someone of that caliber, I think it shows a lot of character,” he added.

“I’m confident in my ability and know I can beat him too, he fights at a high level and he’s in there with top prospects.” 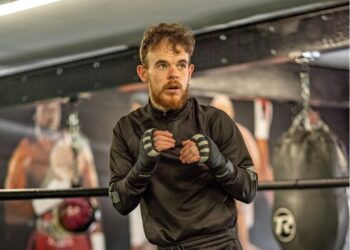 PROSPECT Ciaran Flanagan has waited over six years to make his professional boxing debut his original attempt was stifled...