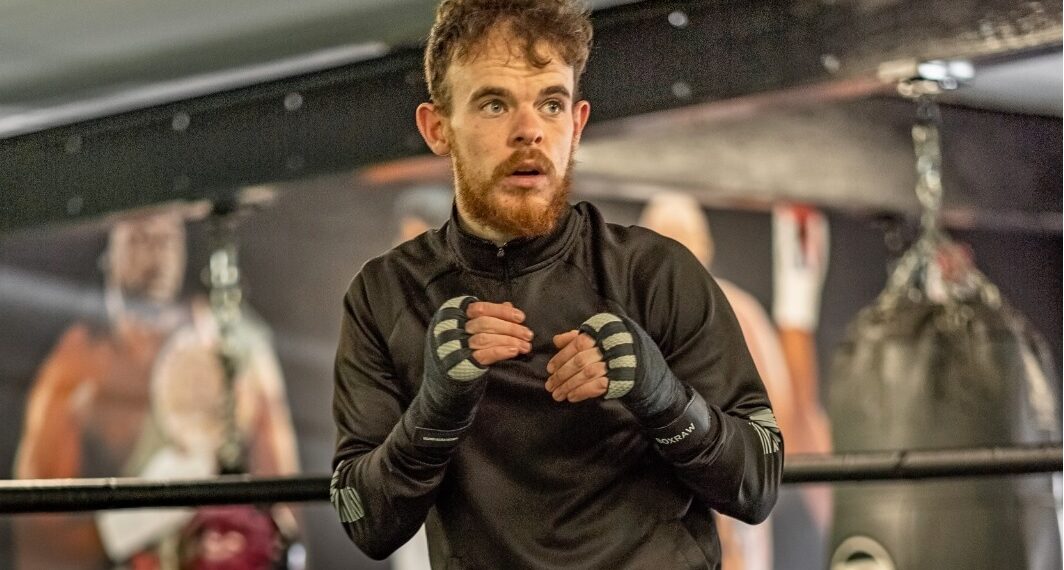 PROSPECT Ciaran Flanagan has waited over six years to make his professional boxing debut his original attempt was stifled by a hand injury as a teenager.

Flanagan, who is from Oxford, originally registered as a professional back when he was 18-years-old but was forced to pull out four weeks before with a hand injury.

In the following years the now 24-year-old was plagued with a re-occurance of the problem, leading him to believe he would never make it as a pro.

However, over time, Flanagan slowly became re-introduced to combat sports and now that his hand is holding up, he’s ready to make his debut at the second time of asking.

The featherweight signed with boxing promoter and manager Mark Neilson last year and was set to make his debut earlier this year, only for the British Boxing Board of Control to curtail his plans after reviewing his scans.

However, after providing a neurological report, the board are now happy for the 24-year-old to make his debut.

Flanagan will face Jake Pollard in his maiden bout at featherweight, which will be contested over four rounds at London’s York Hall on Friday 1st July.

Talking about his experience, Flanagan says it has been a rollercoaster few months whilst waiting to find out if he could fight.

“It’s been so hard and so tough because of the last two delays due to my medical issues,” He said.

“Staying focused has been difficult but we’ve stayed in camp so I’ve had a 15 week camp for this fight, I only had one four day weekend off.

“When I was told I wasn’t boxing in Swindon last month but that I’d be boxing at York Hall I said it was a dream come true.

“York Hall is the home of British boxing, so there isn’t much I could really ask for.”

Manager, Neilson said he’s looking forward to seeing the results of Flanagan’s hard work, as he reveals the prospect has been working with his coach for several months in preparation for next month’s bout.

“I’m really excited to see Ciaran finally make his debut, he’s had to wait longer than most and it’ll be a really big occasion for him,” he added.

“He’s been working day in day out with his trainer, so I’m expecting a solid performance from him.”