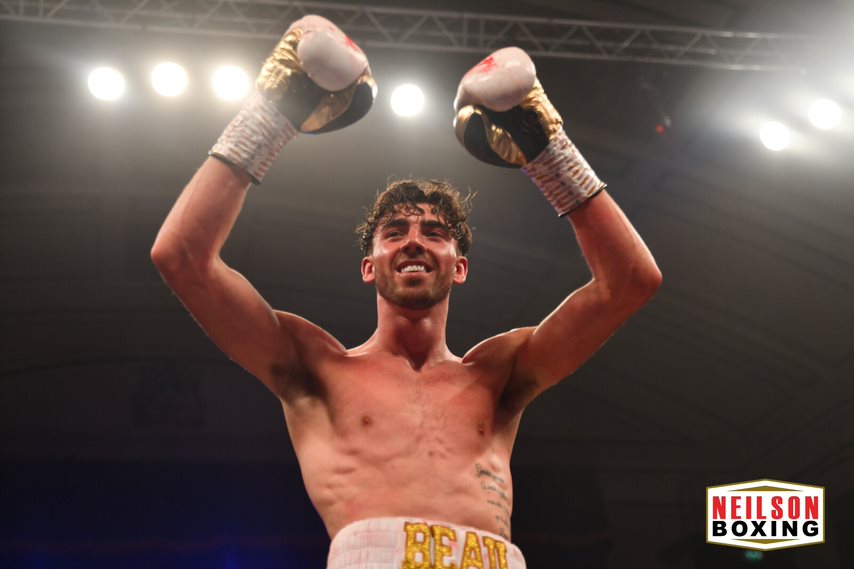 FOLLOWING the birth of his first child earlier this year, boxer Beau Reynolds says he feels like he has fresh impetus as he prepares for his second fight as a professional.

Reynolds, who lives in Hertford, picked up his maiden victory at London’s York Hall on Neilson Boxing’s Fight Town show in April, where he stopped Sebastian Wojtan in the final round of their four round encounter.

However, despite the jubilation after getting off the mark, the 20-year-old middleweight revealed he nearly quit the sport after struggling to secure his professional license.

“We had the debut but it was supposed to be a long time ago – we had massive difficulty with getting my license,” he said.

“I had trouble with my medicals, then I broke my hand in sparring so we wanted to have my debut a long time ago but it kept getting held up.

“I was very close to throwing the towel in. The show I had my debut on, I was basically a floater so it was a case of I might be on it, I might not be.

“I’d been in camp for so long, so I said to myself if I didn’t get on that one, that would be it because I wasn’t that interested in it anymore.

“I’ve got my own business that’s taken off massively too so I’m running around enough with that, let alone training every day for nothing.

In spite of that, reflecting on his first win and the birth of his daughter, Reynolds says he is hungrier than ever to succeed in the sport.

“Now I’ve had it, I’m motivated again. I was pleased with my performance. I felt a little bit erratic and overwhelmed but that is understandable,” he added.

“This time around it is different because me and my partner have just had a baby. So now it gives me that extra push every time I spar, or I’m on the bag because she is in the back of my mind.”