Wiltshire’s Gray gearing up for next ring outing in Swindon 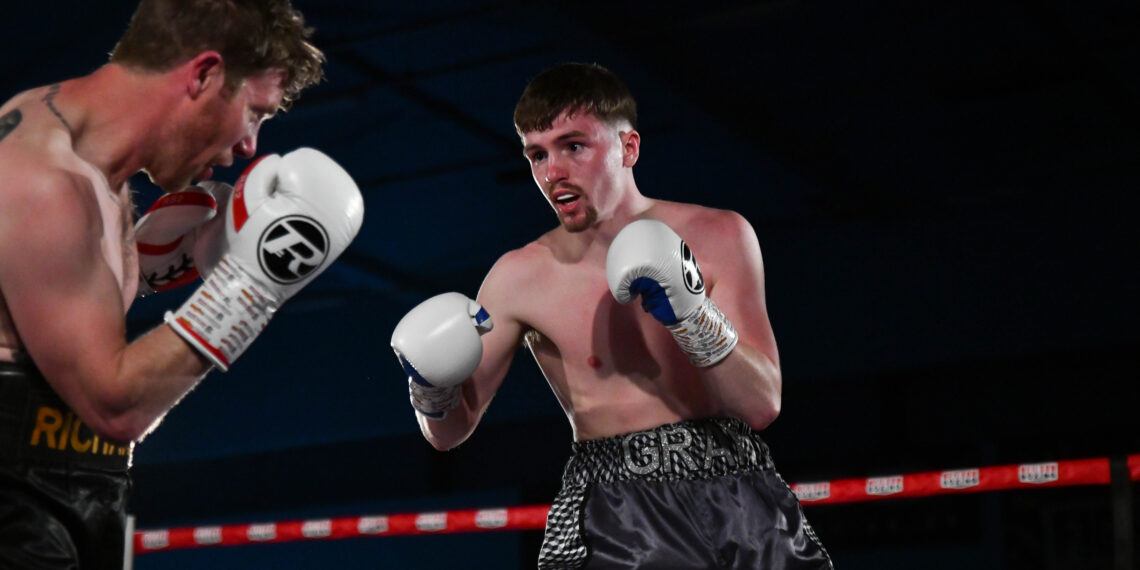 SUPER-LIGHTWEGHT Connor Gray claims his level-headed approach to boxing is behind his smooth transition to the paid ranks.

The 24-year-old, who is from Calne, made his debut in November of last year but has since gone on to rack up four consecutive wins, with his most recent victory coming in April.

During that contest with Liam Richards in Bracknell, the prospect demonstrated great variety in his work as he saw out a win on points after six rounds in Berkshire.

In his next bout Gray is pencilled in to face Constatin Radoi at Swindon’s MECA on Saturday 4th June on Neilson Boxing’s latest Fight Town event.

On that show he will be joined by a whole host of local talent, including Neilson Boxing managed fighters, Lewis Roberts (2-0), Brad Ingram (2-0) and Ciaran Flanagan who will be making his debut.

Reflecting on his approach, Gray, who is trained by Liam Lathbury in Chippenham, says he’s learning with every fight but believes his mindset is one of his biggest assets.

“My last fight was a good experience, he (Richards) is really tough journeyman and he really knew how to survive,” he said.

“I don’t know how he managed to stay in there but he made me work for the win, it was a good fight and it’s another six-rounds under my belt.

“When I’m in there I’m patient. I think when people rush in it makes the fight look scrappy and then they have to spend a few rounds recovering.

“I don’t want to waste any of my shots, I think you have to be patient and level-headed otherwise you’ll spoil your work.”

With Radoi (0-12) standing in his way next month, Gray admits he was hoping for a stiffer test but says his performances to date have meant the number of fighters willing to challenge to him at this stage is limited.

“The plan is to get six wins under my belt and then we will start looking for title fights,” added Gray.

“We wanted a step up for this fight, someone who isn’t really a journeyman but no-one wants it.”